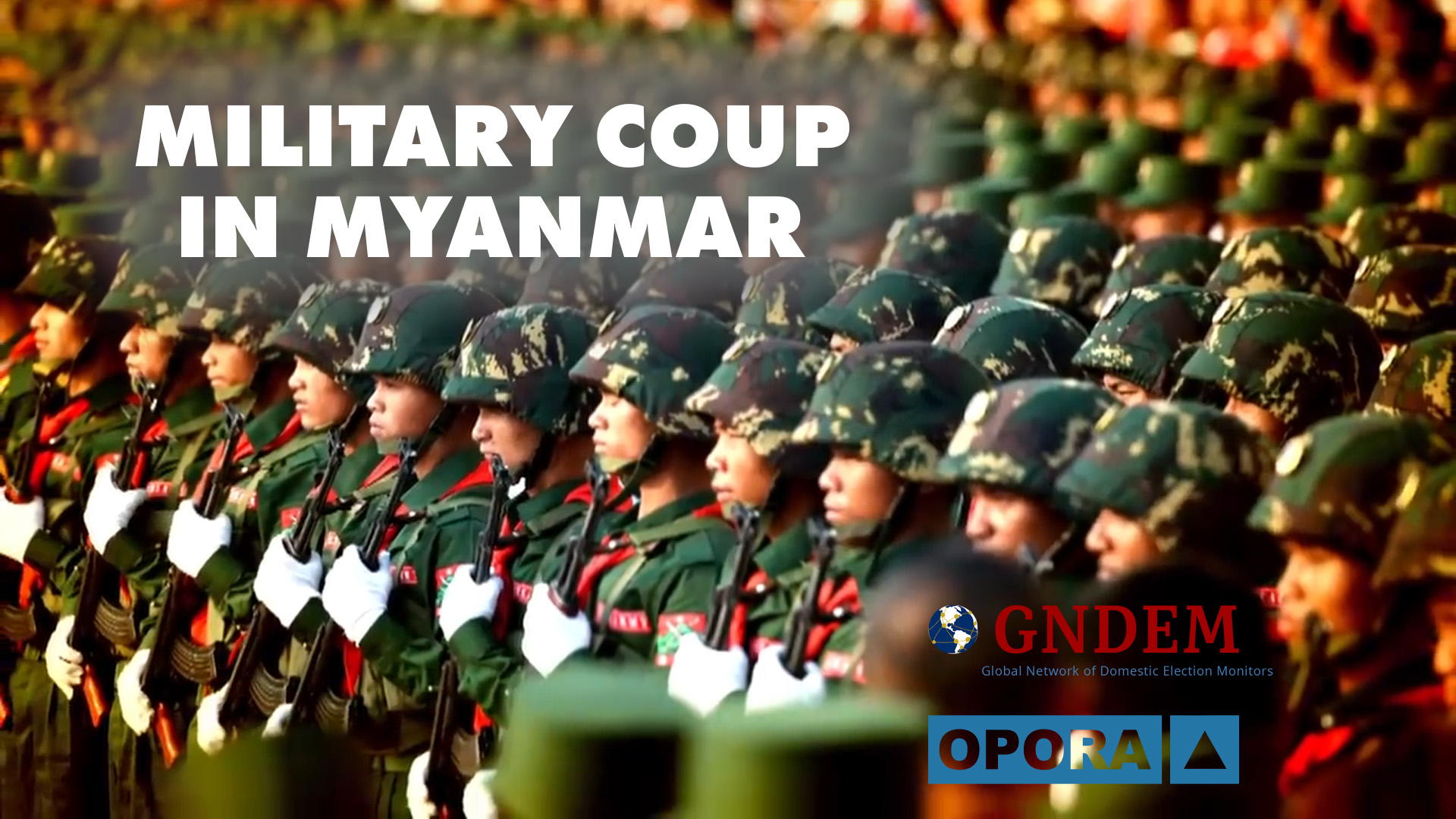 Starting this month, the Civil Network OPORA from Ukraine is releasing an online show, GNDEM Talks, to discuss challenges to elections and democracy worldwide such as conflict and security, the effects of pandemic, disinformation, modern voting technologies and more with speakers from the worldwide community of democracy activists, including from within the GNDEM network. This month’s GNDEM Talk centered around the coup in Myanmar following national elections in November 2020. Olga Aivazovska, GNDEM Board Chair and Coordinator of Political Programs and Board Chair of OPORA, gives context and talks about the events that led up to the coup while bringing on guests from the Asian Network for Free Elections (ANFREL), GNDEM regional network member, to further discuss the current state of Myanmar.

Representatives from ANFREL discussed how the military’s losses in elections in 2015 and 2020 may have led them towards the coup as an attempt to preserve power. The military claimed there was election fraud in the 2020 general elections, although there was no evidence of such fraud. Reports from local and international observers, including observers from ANFREL, indicated a peaceful process; ANFREL’s recently released final Election Observation Mission Report presents findings of their observation of the pre-election and election day process. OPORA and ANFREL also discussed the implications of discrimination against Rohingya people, who were not allowed to vote in the 2015 elections, and its effect on the fairness of elections. Looking towards the future and what can be done to bring democracy back to Myanmar, ANFREL noted recent progress such as continued protests against the actions of the military and the emergence of a National Unity Government with the goal of drafting a new constitution. ANFREL also commented on how international pressure would help Myanmar transition back towards democracy.

These GNDEM Talks aim to share citizen election observers’ experiences and best practices with defending democracies and free and fair elections with the GNDEM community. Make sure to tune in regularly to OPORA and GNDEM’s Youtube and social media channels to catch future conversations.